I’m holding myself to keeping this short, but this is an issue which has come up multiple times for me in the last few months, has been covered by media establishments, and tested by people like Derek at +Veritasium.

The issue, which affects most of us, but especially those of us who like to make things on the Internet, is that getting through the noise on the Internet is very difficult. Especially on sites like Facebook, where there is lots of advertising money at play, it is very important that only the “best” content gets through our “social filters” and makes it to our eyeballs. For people who manage Facebook pages, this means that we are vying for an increasingly smaller slice of time-pie. As networks like Facebook reach total permeation in a society, we are bombarded with important stuff from friends, family, advertisers and others all the time.

Facebook has allowed brands to purchase additional promotion for their posts for some time now (at least a year or two) and in the last year has also decidedly limited the number of people who see unpromoted posts. I hope you can see how the simultaneous ideas are in conflict here:

Facebook only wants to show you posts you’re likely to comment on or like (ideally there would only be 3-4 of these at the top of the news feed, given the size of our friendship networks) so you’re basically guaranteed that you’re not going to see content from everybody, especially with default settings where nobody is given any preference over anybody else.

However, sometimes, Facebook brands are BAD at advertising, which means that posts which companies pay to have people see will not reach very many people organically, and will not be liked very much. In those situations, the choice Facebook has made is to send those posts to only people who like content from all kinds of pages blindly (either spambots, or clickfarms).

For the average person trying to be seen on Facebook, this means that they end up paying money to outsource likes overseas, where people are paid to click like or follow Twitter accounts, but don’t actually engage at all with the content. Obviously, this looks the same on the surface, as your pages are being viewed, but interaction goes WAY down on those posts compared to those which are organically popular. 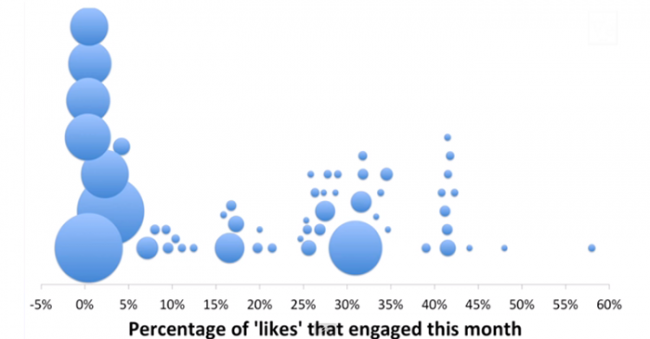 It is exactly this reason that I don’t want to pay for promotion of my content, because I know that it is cheap and will not result in anything positive except people who aren’t real liking my content. However, I also want real people to see what I am working on, even though I do have a very limited budget and time, we obviously all want the best for the stuff we make/do.

Really, the only way to get stuff seen on social networks is the same way it has always been, getting people you know to help you by sharing what they see, and by sharing it yourself, either from the page or manually. This is unfortunate, but nobody said making stuff was easy, and making stuff people actually want to see is WAY harder.